januari 12, 2014
My father is a Catholic. Or at least when it comes to his food preferences. Every Christmas, for instance, we eat rolpens for breakfast. Come Christmas morning, we could hardly see each other over the kitchen table, through the smoke from the slices of rolpens that were baking in their own fat until red and brown and crunchy and delicious. A tradition started when, 50 or more years ago, my father's family would come home after the midnight mass and would crave for salty and greasy food after fasting all day.

Rolpens (i.e. "rolled paunch", paunch or rumen) is an old-fashioned Dutch food, sold by a small number of traditional butchers and home made by next to nobody. A mix of lean beef and pork (preferably: fat from the pork jowl) is minced and mixed with spices and cubes of white fat, cooked and brined for a several weeks until it is quite sour.

Hamburger shaped slices are then cut from it, and baked in their own fat.
The paunch does, or at least, should not add any flavour, you may be pleased to know. Or not, if you belong to that small minority that both reads English and likes the rougher bits of cows and pigs. But then again, (well cleaned) paunch does not have much flavour to give anyway. The looks and feel are much more impressive than the actual taste of it.

The cow has four stomachs: you want the first one, where it stores its food. It has the smoothest lining and it is not as tough as the higher numbered stomachs, which when still inside the cow, deal with the acids required to break down the grass, weeds and hay the cow had for breakfast lunch and dinner. Nevertheless, it is still quite a ghastly thing when you get it fresh and unprepared straight from the slaughterhouse.

﻿Clean paunch is not so easy to get hold of, at least not here in the Netherlands, so give your butcher a week or so notice and he will order it for you. The paunch that you do find in the stores, mainly comes from the rougher parts of the (second) cow's stomach. Do not use this for your rolpens.

For the rolpens, sheets of paunch are simply sown together to form bag like casings for the filling to be cooked and stored in. It is thicker and sturdier than ordinary sausage casing, which is necessary to keep the weight and longer cooking time of the rolpens.

For the vinegar solution:

Work cool and clean. You will see later that the paunch is never going to be a very clean thing, but don't make it worse by spoiling the meat.

Allow the mixture to settle overnight.

I bought an entire first stomach from the butcher in its raw, unclean shape. I have been unable to find clear explanations in books or the internet on how to do clean this beast. I guess this means: don't try it at home, it is a horrible chorelet some professional do this for you. That's easier said than done, though, as in the Netherlands the cleaned item is simply not available. But my butcher was kind enough to roughly trim it, bring it back from 9 to 7 kilo's, and put it in two sealed bags.

Having had a go at cleaning it myself, in the meantime, I must admit that although there is honour in the sheer hard work and suffering, it is one of the worst jobs in the kitchen one can execute. Don't try it at home. I tried it, that's enough for the entire mankind

Unclean paunch looks ghastly and very clearly smells of fresh cow dung. Stable if you like. E.coli city. Not a smell you want in the kitchen. The thing is also huge. 7 kg of green/grey/red offal, with a rough surface, something you would expect to find on operating tables in Area 51. It's outer structure is often described as "beehive"like, but that is a euphemism if ever there was one. It is like nothing you will have ever seen, unless you were eaten by a whale at some point in your life and cut your way back to freedom with a knife.

Admittedly, that is only one side of the paunch (the inner side), the other (outer) side is white and slippery, a bit like cleaned octopus and not bad looking. The inside of the stomach has many irregularities: bits of fat stuck on the inside, folds, sections which are thick and almost bone like and patches of, well, let's call it dirt. And it smells so bad you do not need this blog to realize that it needs some serious cleaning before use.

I cut the paunch in strips of the size I was expecting to use (50 cm by 30 cm), and cleaned these strips in the sink under running water for at least an hour. I then scraped the rough parts with a knife, to get rid of the bad stuff and to get as close to a smooth and whitish surface as possible. Hard and smelly work.

Then I salted the strips in rough salt, let that withdraw more of the smell and bad stuff.


Then rinsed and scraped again.

A good two hours went by. Now what, I thought. It still did not look nice. White, with patches of grey on it. Still smelly. I thought I boil it, to get rid of more of the smell. DON'T! It will ruin the paunch, at least for rolpens purposes (your dog will love it). The paunch (as would octopus) shrunk to less than half it's size, became thick and rubbery and useless.

Luckily, if having the opportunity to go through all of this again can be called luck, I had saved half of the (unclean...) paunch in the fridge to allow for major screw ups like these. So, back to the scraping and salting and rinsing. I will spare you the details, but this section was worse than the first. The end result was not bad-looking, though.

The next day, I tried to sow a bag from the paunch The technique I chose: pierce holes with regular intervals, attach butcher's string to a piece of wire, using the wire as a needle. All recipes say that you should not overfill the paunch, obviously because the paunch shrinks and can burst if it is too full.


When it is bag like, stuff it with the minced meat. This is what it looked like, filled, before cooking:

Next, the filled paunch bags went into the pan. Add 10 grams of salt for each litre of water (rainwater, I read in a recipe from 1754, but I suppose tap water is fine as well) and cover it entirely. Modern recipes will tell you that 68 - 72 degrees C is enough to make for a safe pork/beef product, but having witnessed my own efforts to clean up the paunch, I decided to play safe and go for a bit more. This took approx. 3 hours. In older recipes, they prescribe to cook the rolpens for 4 to 5 hours, until it is so tender that "you can push a straw into it". Not sure you want to cook it that far.


Because there is some air trapped inside, the shrinking of the paunch and the swelling of the content, the paunch is under pressure which needs releasing. Pierce it with a pin or thermometer when it starts to float, and the air and juice squirts out.

The rolpens shrunk by 40pct over the course of the cooking.

Once cooked, cool the rolpens under running cold water for 20 minutes or so. Next, move it to the container for storing it for a few weeks to acquire its tangy taste. This is reached by the vinegar solution in which it is stored (see above).

Whether it was any good? Check this blog in 3 weeks time...

UPDATE 14 January 2014: after posting this blog, I noted that I had made some mistakes in the calculations for the seasoning. The blog now shows the proper amounts. I am affraid I used too little of the seasoning when preparing my rolpens. We'll see.

UPDATE 4 February 2014: So. The final product! It worked! The paunch was not overpowering, and even tasted nice after baking. The rolpens itself, as expected slightly underseasoned, but very meaty and tasty.

So that's it. Let's move on to new piggy adventures. 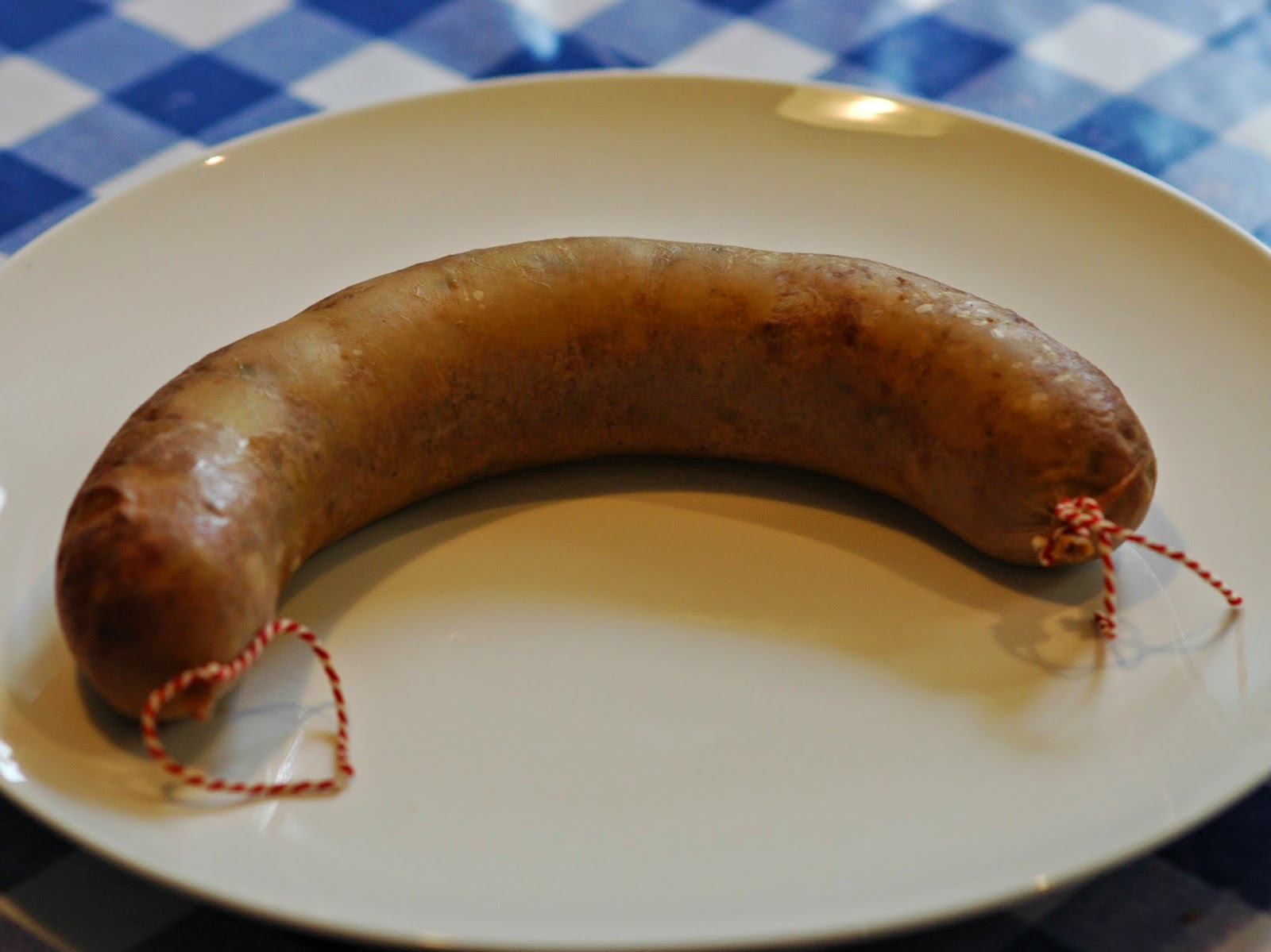 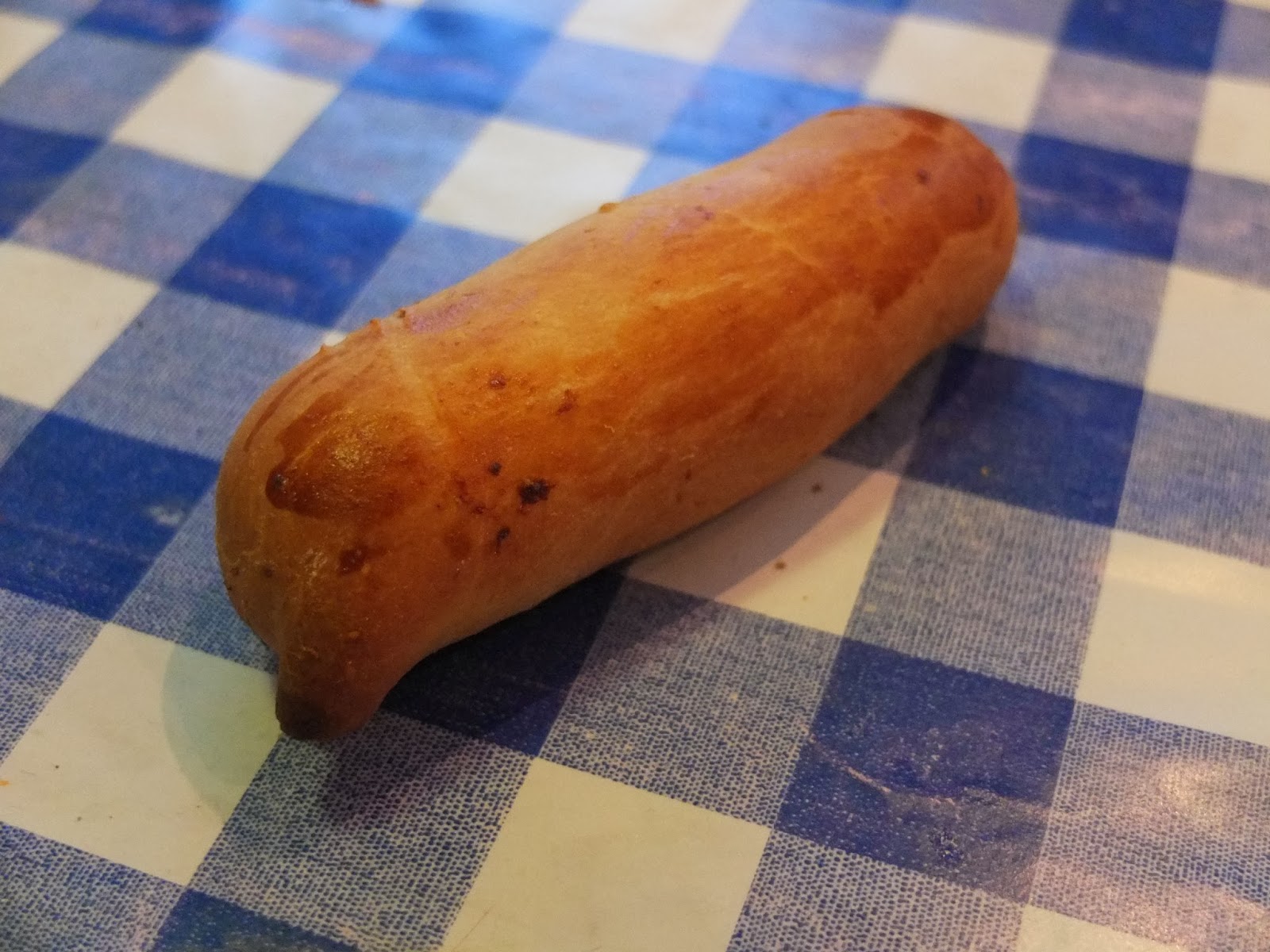